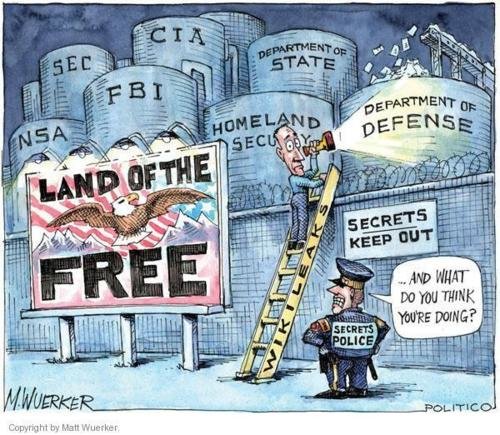 In Amerikkka (pay attention to the spelling) today we have a illusion of being free. We think because we are living in “The Land of the Free” that all Americans are free. When it is a proven fact that African-Americans, Blacks or people of African decent (whichever one you identity with) are NOT FREE. We are just as much enslaved today as we were thousands of years ago…….let me explain.

In the words of Malcolm X “Nobody can give you freedom. Nobody can give you equality or justice or anything. If you’re a man, you take it”. The word man can be interchanged with woman as well; since we know that women and men were in the battle fields; if you didn’t know that you probably learned that from watching Black Panther; Wakanda Forever. All jokes aside; lets get back to business. African men and women were in the struggle fighting side by side. Women weren’t worried about what they could do; they knew they were equal to men. So, I dont want to hear my sistahs talking about they aren’t as strong or powerful; look at your ancestors (that you didnt learn in school) and you will know what I’m talking about.

If we truly want to be free in Amerikkka; we have to fight for that freedom. Physically, mentally and economically.

I know most people are going to say things like “Violence is not the answer” or “I’m not a fighter”. These statements are not helping us as a people. WE ARE AT WAR. They are killing us with body cameras on; and that still doesn’t mean shit. We are dying rapidly. We are not surviving. Not only are we dying from the things we EAT; but we are dying from the hands of gun violence by our own misguided people and the slave patrol. We need warriors who are willing to stand on the front lines and be apart of our struggle. We have to fight or we will continue to DIE!

Mentally we are enslaved. We think and act like Europeans. Even some of us so called African-centered family; finds themselves acting like our enemies. It’s true, prove me wrong. Mentally we have to study our culture. We have to learn who we were, to know who we are. A lot of people act European because that’s all they have been taught. We learn lies about Christopher Columbus. But we don’t know who Marcus Garvey is. We must study and display our culture. We have to change our mentality.

We would rather buy from Koreans who give us our money through a bullet proof glass then buy from our own people. If you friend has their own business and you don’t support it; that is a serious problem. We should be keeping the black dollar in the black community. We should be buying from our own. We need to recreate our BLACK WALL STREET!!!

The thing i listed above is only a snippet of what we need to do to get our of this illusion of freedom. WE ARE NOT FREE; it is apart of the illusion. We are enslaved today; the chains are not on our hands but in our minds. We have to change that! We have to get real FREEDOM, and not this fake ass freedom they have us thinking we have.

Nia’s Open Heart and Open Mind is a inspirational/ motivational blog for men and women that discusses a range of topics from culture, love, mental illness, everyday life struggles, relationships, friendships..you name it, it is discussed here.

The purpose of this blog is evident in its name. “Open Heart and Open Mind” It is my goal to have a open heart and open mind when discussing these topics. Everything that I speak about is based off of personal experience, interactions with people, and observations. I love to discuss both sides of a topic, which you will notice a lot in my blog post, because there is not one way to relay a point.

I hope you all enjoy the blog, and don’t forget to subscribe.